In Major League cities across the country, the departure of the equipment truck from the ballpark headed for spring training has become an annual rite of spring, and nowhere is this more true than in Boston, where "Truck Day" has become an unofficial holiday.

But what would happen if a fanatic Red Sox fan and his two nephews became trapped in the back of the truck just before the door slammed shut and it began its 1487-mile journey to Fort Myers? 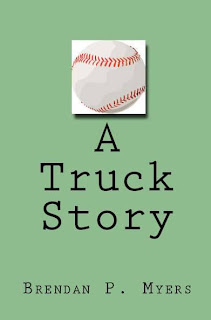 I'm pleased to announce that question is finally answered in my new novella titled "A Truck Story," a charming and hilarious tale that is sure to delight Red Sox and baseball fans of all ages, as well as fans of Florida Fiction.

Aside from the kidnappings, the car chase, an Elvis impersonator, some hungry alligators, and a few other surprises, the trip itself is relatively uneventful . . .

Available now in Kindle format (and coming soon in paperback) from Amazon.Com.

And if you'll forgive my indulgence, no such announcement would be complete without a word of thanks to the two folks who inspired it: 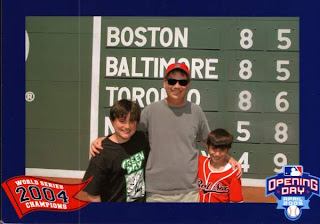 not to give anything away, but the story totally ends with someone dying in the back of the truck and having to be eaten by the others right?

i mean that's my first thought.

course that might be hard to do in a light-hearted and humorous manner.

Hilarious, Samantha. You never fail to make me smile.

And not to give anything away myself but . . . you did read the part about the "hungry alligators" did you not?

Heh. Ladies and gentleman, we have a celebrity in the house . . .

Excellent Bren! I LOVED this story! Any idea of when the papeback version is coming out?
Love,
Your sister, Stephanie

Hey, Steph! Gone through two proofs already (didn't like the inside margins) and am awaiting a third. Hopefully it will be available in print within the next week or so.

And in that your last name isn't Myers, you get to post an Amazon review as well! I'd love it if Lisa and Frances would as well. Frances said some wonderful things about it.