Yes, it's that time again, to share the grievances that have built up over the past year. A few random thoughts, in no particular order:

It can't be Constitutional for the government to force you to buy something. Never been done before.

And don't talk to me about car insurance. You don't have to drive.

It was interesting to watch the Senate debate healthcare, seeing rich white men arguing against funding a perfectly legal medical procedure they are biologically unable to have.

Viagra and ED medication will be covered, however.

I confess I went to bed early, however I was delighted to learn the next morning that Russell lost out to Natalie on the million-dollar Survivor prize. There's a lesson there, kids.

Twice in the last two days, in the context of the health insurance debate, I've heard conservative talkers state, "driving is a privilege, not a right." That is dead wrong, and has been ruled so in court many times.

In a nutshell, your freedom to move from place to place, in the standard conveyance of your day, is absolutely a right. However, it is not an absolute right. It is an "alienable" right, meaning the state has a legitimate interest in regulating it, and has the ability to revoke it in extraordinary circumstances.

Yes, it's a lame MySpace link, but here you will find an excellent summation of the many court cases which state, time and time again, that driving is indeed a right.

Can you imagine, way back when, someone claiming your ability to ride your horse from place to place was a "privilege"? Please.

Privileges are things granted by monarchs. We got rid of our monarch. America does not grant its citizens "privileges." We have a Constitution that protects our rights.

So the next time you hear someone say, "driving is a privilege, not a right," correct them, mkay? Thanks.

Climate change deniers remind me of the Mayor from "Jaws," refusing to believe there was a problem because it would harm business.

Recall Richard Dreyfus as the frustrated Ichthyologist, patiently explaining why every indication revealed there really was a man-eater out there.

"You'd love to prove that, wouldn't you?" the mayor asks cynically. "Get your name in the National Geographic."

Dreyfus gives the only answer he could, which surprisingly works equally well with the climate change skeptics:

"I think that I am familiar with the fact that you are going to ignore this particular problem until it swims up and BITES YOU ON THE ASS!"

Curious to see thugs in Iran violently put down demonstrations.

Seems I saw the same thing a mere thirty years ago, except back then it was the forces of the Shah putting down the demonstrations.

Meet the new boss. Same as the old boss.

The Iranian Revolution has come full circle. They have become that which they revolted against.

And their beards have all grown longer overnight.

I've lost all my penmanship skills. The only cursive I can do now is my signature, and even that's a chicken scratch.

Do they even teach "penmanship" any more?

Funny word to contemplate, when you think about it.

At any rate, I could go on. 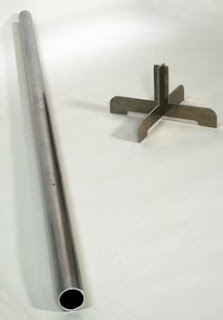 Happy Festivus!
Posted by Brendan P. Myers at 7:42 AM

I have to be perfectly honest and say that I'm absolutely delighted to read "ichthyologist" and "penmanship" in the same post.

And the same to you.

You mean retails sales are not the meaning of freedom and Christmas? At least Viagra will be available at the apocalypse...

Government subsidized Viagra, at that!

And the same to you and yours.