While adding books to my Goodreads shelf, I thought about this one and wrote up some thoughts. One of the best books I ever read. 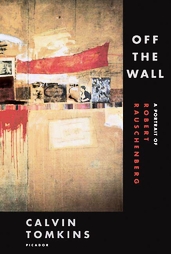 Off The Wall by Calvin Tomkins

Was a time in my life I didn't "get" art. I wasn't particularly talented as a kid, couldn't draw pictures or do anything clever with paper mache. Being forced to sit through an "art appreciation" class in college, where we looked at slide after slide while the professor dryly intoned . . . something. I don't know. I wasn't listening.

And then, I read this book.

I think what makes the book so readable is that it uses as its starting point the very approachable artist Robert Rauschenberg. You've seen works by Rauschenberg, whether you know it or not. In later years, he did Time Magazine's Deng Xiaoping "Man of the Year" cover, as well as Time's one-year 9/11 anniversary cover. 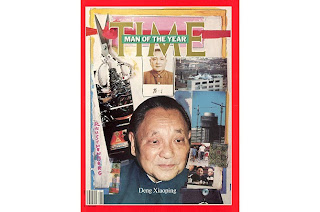 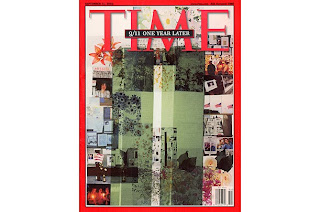 You might also have seen collages with JFK and astronauts in them. That was Rauschenberg too. 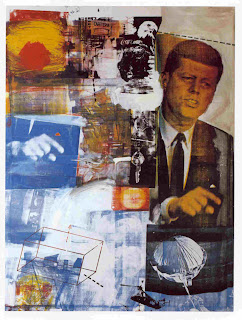 But before that, he turned his bed into a work of art. 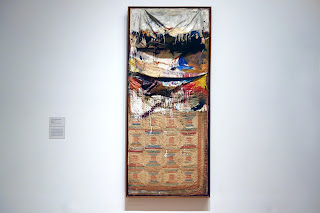 He turned a chicken into a work of art. 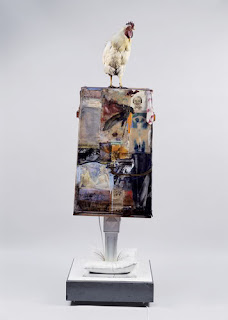 He turned a sheep with a tire around it into a work of art, along the way inventing a new art form called "combines." 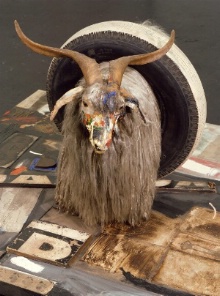 That's what makes both Rauschenberg and this book approachable, because you learn while reading it that anything can be art. Anything at all. Indeed, for an entire year, Rauschenberg (who got his start designing displays in store windows) used nothing in his art that he couldn't find discarded within a block of his house (explaining the sheep with the tire around it, by the way.)

Because Rauschenberg arrived in New York just as newer, younger artists like him (and Jasper Johns, Claes Oldenberg, Frank Stella, Roy Lichtenstein, Andy Warhol, et al) were just beginning to make their mark, turning the art world upon its head, through Tomkins' writing we become present at a time of seismic shift.

But Tomkins also goes backward in time, truly making us understand what foreign-sounding (and highfalutin) terms such as "expressionism" and "impressionism" mean, in readable and understandable prose. Believe me when I say that after reading it, you too will be able to tell the difference.

At any rate, I could go on and on about this book, so I'll just stop here and say if you have ever been intimidated by "art" and just don't "get it" -- but think you might want to -- this is the book for you. As previously noted, it just might change your life.

Now, if only there were a book that made geology just as approachable . . . 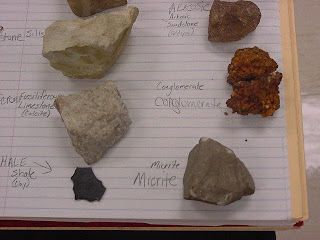