So with the wild finish to the Tampa Bay Rays season, with must win victories in Toronto on the last day of the regular season, a win over Texas in the "163rd game," and last night's Wild Card victory, the stage is set for a rematch of the 2008 ALCS between my adopted Tampa Bay Rays and my hometown Boston Red Sox.

As someone who grew up in Boston and now lives in St. Pete, I confess to divided loyalty. But it occurred to me that I've written shorts that might appeal to both sets of fans as they await Friday's game. First, my Red Sox story: 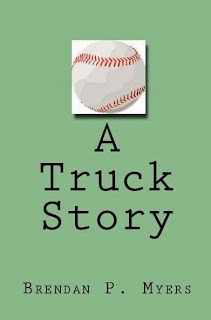 In Major League cities across the country, the departure of the equipment truck from the ballpark headed for spring training has become an annual rite of spring, and nowhere is this more true than in Boston, where "Truck Day" has become an unofficial holiday.

But what would happen if a fanatic Red Sox fan and his two nephews became trapped in the back of the truck just before the door slammed shut and it began its 1487-mile journey to Fort Myers? Aside from the kidnappings, the car chase, an Elvis impersonator, some hungry alligators, and a few other surprises, the trip itself is relatively uneventful.

And for my friends in St. Pete: 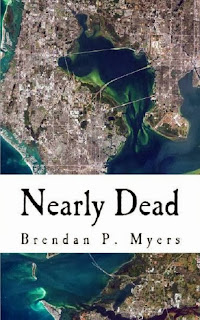 (Though not about baseball, my St. Pete short does touch on the Trop and features a zombified A-Rod. So, there's that.)

At any rate, may the best team win! I figure I can't lose either way. In terms of predictions, it seems to me that after the debacle of last season, the Sox have played way over their heads this year, while the Rays have been ascending each of the last few seasons.