News from the Cover Department

I'm delighted to report I've freshened up the cover to Swash!, my tale of eighteenth-century pirates let loose in the modern world: 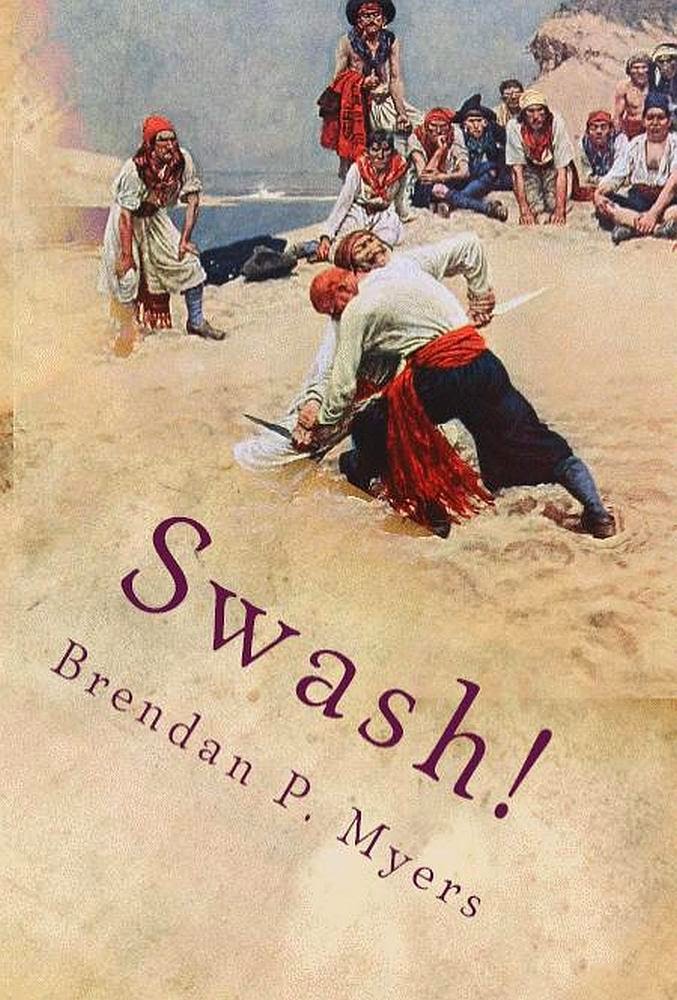 Isn't it wonderful? The image itself comes from the public domain and is titled "Who Shall Be Captain?" by a man named Howard Pyle, who did a series of pirate illustrations as well as many others. You can read all about him on Wikipedia.

I'm doubly pleased to report that Swash! has it's first Amazon review! It is extraordinarily kind. A snippet:


In all honesty, this book is one of the most enjoyable surprises I've come across in a long time, and I am an avid reader. From the moment I started this delightful tale, I felt like I was transported directly into what was happening. I was drawn right in and didn't want to leave.

To read more of the review (and more importantly, to pick up your own copy in either paperback or Kindle edition) click this link to go to its Amazon page.

By way of refresher, the plot of Swash! goes something . . . like this:


When a late winter storm unearths an ancient shipwreck, the sleepy seaside town of Sully's Rump is turned upside-down, first by the media, then by the resurrected pirates who come back to reclaim their ship.

Local historian Arthur Cobb wants the ship for himself, but so does his nemesis, gazillionaire businessman Barney Zimmerman. Caught between the two is young Chris Duggan, the boy who found the wreck, who just wants to help the pirates get home.

He realizes the only way to do that is to rebuild the ship and fulfill the pirate curse, but soon learns dislodging the pirates from the Rump may prove more difficult than was deciphering the curse that brought them there.

Give it a shot! You'll like it. I promise.

And as always, thanks for visiting.
Posted by Brendan P. Myers at 11:35 AM